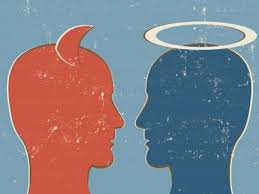 According to the definition of ethics you are ethical when you live up to the explicit or implicit expectations and norms of society. But what if you made no such promise? What if your only promise to your stakeholders that you would be greedy within the frames of the law and nothing else, what then?

The propagandist of the CSR movement would claim that the organization would hurt its own brand and risk losing its ‘license to operate’ but is it worth taking that risk? Much research have gone into figuring out of there is a business case for CSR and at most the results are ambiguous pointing in different directions. The issues seem to a large extend unsettled depending on what parameters that you choose as your benchmark for ‘good performance’.

Looking at the lessons that we are still learning in the wake of the financial crisis it would seem that CSR is expanding its reign. From being primarily an environmental focused understanding of the impact of organizations it has developed to encompass social and labour issues with the help of Global Compact and other UN or international standards. Recently CSR has also morphed into having a clear stake in governance, risk and compliance (GRC) an area which have been dominated by accountants, lawyers and risk management consultants.

If one look at the definitions of CSR that has been argued for over time most of them agree that it encompass organizations or business and their relationship with their stakeholders in a broader sense.  And while there is a certain degree of voluntariness included in the activity there are strong norms that tries to pressure organizations to explicitly engage in some form of corporate sustainability endeavour.

But as the original question proposed is it really worth the effort to engage whole heartily in CSR activities or is are you better off if you keep a low profile and keep to you core activity of providing the business owners with a reasonably high return on investment. To a large extend this statement seem to be true as long as you 1) don’t have to many owners, 2) that your brand value does not constitute the majority of your market capitalization (CAP) and 3) that your activities are not being target by groups that could get attention by using your company or industry as leverage.

1)      The fewer owners you have the fewer will have an interest or stake in the strategic development of the organization. Companies like PWC (formerly PriceWaterhouseCoopers), Cargil that distributes food and agricultural wares. Also companies like Toys’R’us who is in the Toys industry but under much less scrutiny than companies like Mattel which I have submitted a post about.

2)      For some companies the value of their brand does not constitute a major part of its total value. These companies have either used a branding strategy with diversified sub-brands or are in a business were the brand is not valued as high. Companies like ArmorGroup who specialize in security and protection with activities in Iraq and other high risk places. The ArmorGroup can be seen as an example where the brand value is not essential for its business as it dealt in what many would consider an unethical enterprise to start with. Having a low brand value makes the AmorGroup a relative unattractive target for critical stakeholders. Or at least until this was the case until it was bought by G4S, who do have both a great deal of owners and a relative high brand value as it deals directly with private customers. The ArmorGroup have actually created a code of conduct in order to have ethical guidelines for its employees but only did so when the whole industry came under attack in the wake of the well publicized Blackwater incident in Iraq. Another company that had relative success within this category have been A.P. Moller-Maersk that until a month ago did had not disclosed any information about the ethics. The trick is to know at what point you need to react (maybe based on a thorough risk analysis) and then implement change with the greatest possible impact on the whole organization.

Many small or medium size companies (SMEs) find themselves in a situation where it is their image rather than a brand strategy that creates the basis of a sustainable business model. Often they will deal directly with their stakeholders and will be in a constant dialogue about their ethics and morals. For SMEs one can say that the impact of their ethics on brand value is direct and harsh as customers move their business to other places and can do so with relative ease.

3)      Some industries are just targeted more often by critical stakeholders than others. If you are in the oil industry, forestry, food production, and medico or biotech industry then the likelihood that you will attract critical attention higher than if your organisation is into pluming, software design or architecture. So basically, if one understands the reputation risks that are in the industry an organisation will be able to evaluate if it is worth the effort to actively communicate CSR efforts.

NGOs or other critical stakeholders are not much different from the rest of us and they will try to pool their resources in areas were they already have a competency. This means that as an organisation one will be able to analyse and investigate what critical stakeholders are within ones own field of operation and use that information to either target the specific stakeholder. This can be done either through none-communication or by tendering to the stakeholders needs in the form of industry specific information, partnerships, lobbying, etc.

If an organization wants to operate under the ethical radar of critical stakeholders it would seem that the best response would be to ‘not-communicate’. By this I mean that if you do not have that many owners (as described in point one), your brand is not tied to much to the value of the company or at least the risks are not great (point two) and/or if you are in a industry that is not targeted as being ‘unethical’ it could make sense to just keep quiet.

This does not mean that the company should not prepare response strategies, but rather like a submarine keep under water for as long as necessary and be ready to strike at moment notice with a well planned attack.

I will not argue that companies or organisation should not be ethical. But the reality is that some organisations use a disproportional amount of time and funds on ‘would be’ ethical issues that they properly will never have to respond to. Instead of creating elaborate organisational systems for ensuring ethical behaviour they should instead focus on creating a working environment where sound business ethics is part of the organisational DNA and not put in as a afterthought.