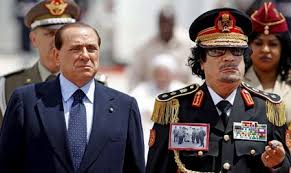 There is a long-lived myth that there is a direct connection between peace and business, but to what extend is this myth really true? I have looked at two different indexes to investigate how close the connection really is.

First of all I have looked at the Global Pease Index that is issued on the Vision of Humanity index. The index looks at 23 different indicators for peace from the level of organised conflict over level of violent crime and weapons exports to perceived level of crime in society. In short is the ten most peaceful and most violent countries in the world comprised by these two lists.

I guess that none of these countries on the list comes as much of a surprise. As always are the Scandinavian countries scoring high on the list as well as a number of European countries. Only country on the top performer list that is not European is Canada, New Zeeland and Japan that are all considered western economies. In the bottom of the list we find the regions where the world traditionally have seen a lot of armed conflict and in most cases are currently in some state of war.

In the list of countries produced by the World Bank and International Finance Corporation (IFC) we find a similar ranking but of countries were the business climate is considered to be either the best or worst in the world. The indicators that are used range from how easy it is to start a business over taxes to employing workers.

What is interesting to see is that there is a great deal of correspondence between the two lists even though they do measure different parameters there are some similarities that seem the confirm the myth of a connection between peace and business.

For instance are Denmark, New Zeeland, Norway and Canada on top of both lists as the best performance when it comes to maintaining a peaceful business environment while on the negative list only Congo and the Central African Republic are present both places.

Logic would dictate that there should be a connection between a stable and safe working environment for business to operate in. On the other hand is there many business opportunities to be found in areas were competition is scares and there are little in the way for the corporation that is willing to take a risk.

This could also explain why there are only a few of the really dangerous places on the hard to do business part of the ranking that at the same time is a active conflict zone. So while it is very dangerous to be present in Iraq or Sudan it might not be the worst place to start a business and it might even present some opportunities which other might miss. Not saying that doing business in these areas are easy Sudan is number 154 on the list and Iraq is 166 there are places on the planet were the business environment is worse.

If I should make some sort of conclusion it would be that while peace is good for business it is not a pre-condition. Business can thrive and prosper even though there is armed conflict, we might not think that is the right form of business that the ethics are flawed or have other issues with business, but this is not what we are looking at in this case.