Yes we know we are off our hinges, we have lost the mark and we don’t have a clue. I’m talking about the same sex marriage legislation being passed by the newly appointed Danish government. We were the first to allow gay marriage and now we are going to be the first (to my knowledge) to allow a Christian church to wed people of the same sex. Apparently nobody in Denmark has ever opened a bible. But none the less this is what is happening.

The argument for gay marriage has been and still is, that the Danish church is not separated from the Danish state and therefor should follow the norms that the rest of society is following. As Denmark have signed and ratified several charters and norms and equality, human rights, minority rights, etc. then these rules should also apply to all the states affairs including the Danish protestant church. A further argument is that most of the expenses that the church has are upheld by the state and therefor the state should have a final say in its affairs and operations. So far so good.

I should note that I’m not a member of the Danish protestant church as a matter of conscious and as part of my Kierkegaardian search for a true belief. (I will not bother you with the details of my soul searching (if I have one J)). But being an observer I think that this raises at least two key questions.

To be honest I do not have any problems with homosexuals being married. For all that I care they can do exactly what they think is right for them and I will do my best to help them any way I can to ensure that their human rights are upheld. What I think my concern is is how religion should be defined if it can be changed in such a fundamental way. For me religion stands as a supplement or as an alternative to all the other forces that guide and forces our way of living it has meaning because it is not a normative system or a political power.

In my view the Danish state should abandon its self-understanding of being based on the Christian religion and rather subscribe to other more norm-based beliefs such as the ones proclaimed by the UN, EU or other normative institutions. Or as an alternative the state could create its own religion based on a mixture or different religious beliefs and normative rules as they see fit.

Who would have thought that Denmark would become a safe harbour for scared investors? This country that has one of the highest tax in the world is now viewed as a safe place to store money. With an inflation rate of just 2,7%, which is significantly under the EU and US average of around 3,3% it would seem that the financial situation here is much better. So why is Denmark such a good place to keep your money safe?

In Denmark the tax on business is 25% and on average personal tax is around 48% ranging from 36% to around 60%. For decades the Danish tax, have been under attack from just about everyone because it was thought that it was a burden on growth, innovation and entrepreneurship. But while these things in theory might be true it would seem that hard-core capitalists now think that Denmark is one of the best places to put money.

In a resent auction of Danish state bonds an all time record of 1,36% for a one-year convertible loan in real estate while a 5-year loan was only slightly higher. (For a 1-year loan you need to renegotiate every year while for a 5-year loan you get a lightly higher rate but only need to negotiate every 5 years). For homeowners this is truly good news as the economy is tight and the job situation is somewhat shaky the extra money will be handy. All this is something we can thank investors in Danish real-estate bonds for who apparently regard 1,36% as a good investment even though inflation will properly eat up any profits that they might make in the process.

So why is Danish bonds suddenly becoming so attractive? It would seem that big-government is on the offensive (big as in influence not necessary in size). That all the things we learned in business school about large scale privatisation, low tax and minimum government intervention in markets, were not as true as they seemed at the time.

Now we see that the Danish government that have “robed” the taxpayers and businesses for decades are the only ones that have the capability to save the economy. Several times big-government have been the only buffer between large-scale bankruptcy in the financial sector and massive runs on banks. Only the Danish government have forced bankers to sit together made them solve the problems that they have caused the problems in the first place. With a resent Keynesian undertaking the big-government have proclaimed massive spending on education, infrastructure and social services in order to boost the economy and mind you doing so within a reasonable balanced budget. Something that the governments in the UK and US would only dream of.

Now it seems that only big-government is able to ride of the storm on the financial markets by providing a safe harbour for investors who have capsized in the troubled waters of European economy. I would not make the claim that our financial theory is wrong and should be rewritten but it seems that new stories of how to achieve sustainable economics is being written as we speak. 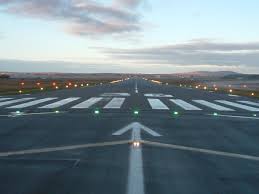 800 million Danish kronor have been taken out of the country and smuggled to Bermuda via Luxemburg to be cleaned and washed and finally end up in Australia. Or at least this is what the Danish government think has happened.

The case is to appear before the National Tax Tribunal and the claim is that the company Macquarie that is a major shareholder in Copenhagen Airports have sent nearly three billion dollars in tax havens in Bermuda. The 800 million dollars that the Danish tax office wants back is equivalent to 25 percent withholding tax on interest and dividend.

According the, Aage Michelsen a tax professor at the Danish Aarhus University believes that the Danish Government has good chances to get a refund:

“Previously, there was a tendency to recognize the letterbox as correct income earner. But a number of foreign cases have shown that it is changing”

It caused a stir otherwise, since the end of March was revealed that the part state-owned company Copenhagen Airports annually evades tax for a three-digit million amount through a structure involving tax haven companies in Bermuda.

For several years there shareholders and analysts have voiced critique of the company for not disclosing information about is acquisitions and how it reports it finances.

But as long as the company is able to provide shareholders with an adequate return on investment apparently even as passenger numbers have been dropping I guess there will be no action taken for real change.

The facts about Macqurie Airports are:

– Macquarie Airports (MAp) is the world’s largest strategic airport investor.
– MAp is listed on the Australian Stock Exchange ASX and included in the Top 50 on the ASX with a market capitalization of AUD 4.7 billion (equivalent to 22 billion dollars) to around 40,000 investors.
– The majority of shareholders are pension funds and other long-term investors.
– Have investments in airports in Brussels, Rome, Sydney, Copenhagen, Birminghamand Bristol.
– Together, these airports serve over 110 million passengers a year.
– MAp’s airports have after investment Maps shown significant growth in passenger numbers, service quality and economic performance.